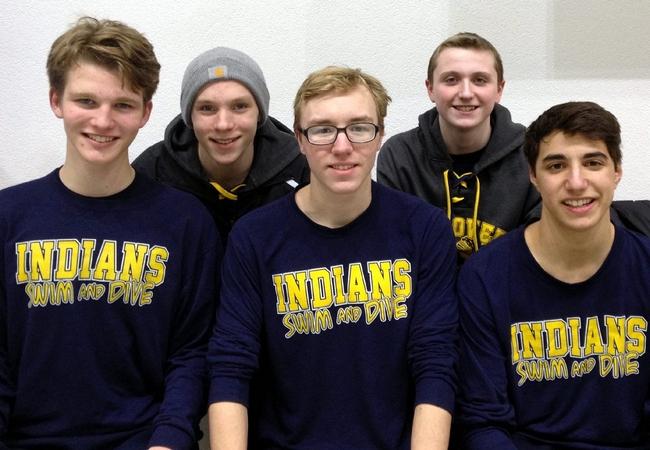 With the MIAA Tournament season upon us yet again – this time for winter sports – several teams and individuals have already had their season come to a close. Here’s a brief rundown:

The Swim and Dive team found success this winter on both team and individual levels. Both sides had quality records and sent members on to sectionals and then states for Division 2. At sectionals, the boys team finished 26th out of 60. The 200 free relay team of Aidan Wright, Shawn Doolin, Will DeBoer and Nick Jones finished 14th. Jones finished in fifth place in the 500 free and 13th in the 200 individual medley. Wright was 21st in the 100 fly and 30th in the 100 back. The 200 medley relay team of Wright, Ed Geswell, Jones and Doolin finished 29th with a time of 1:51.83. At states, the team finished 23rd out of 48 teams. Both of Hanover’s relay teams qualified for states and finished 15th. On the individual side, Jones finished 11th in the state in the 100 butterfly with a time of 54.08 and 17th in the 50 yard freestyle with a time of 23.20.  Wright came in 8th in the 100 yard backstroke with a 57.34 and 13th in the 100 yard butterfly with a 54.64. This was the most competitive the team has been for awhile and the future is bright.

The squad’s season was short but successful. Sophomore Lauren Galotti was able to qualify for states. She competed this past weekend but did not place. Like a lot of Hanover teams this year, it seems the team had a lot of talented underclassmen and the future is bright.

The Ski team season started late because of a lack of snow in December and early January, and wrapped up fairly quickly with their state meet taking place on February 23. The team had a solid season, coming in 5th overall in the league. Max Shelley competed in states out at Wachusett Mountain. He raced in the Slalom and Giant Slalom events and placed in the top 20 for the event as a whole.