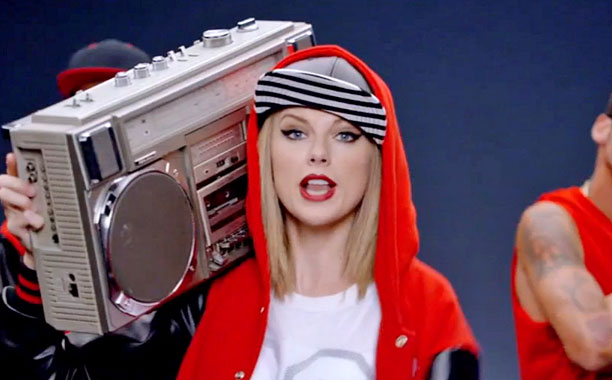 Every Wednesday at around 2:07 pm, I step into the news club conference room to talk with my fellow writers and editors. Usually I suggest to the chief, David Raab, that I write an article about whatever crazy event is going on at the time. But on this particular Wednesday, I was told by David that I would be writing an article on pop music. Rather than lash out in front of my peers with my feelings toward pop music, I decided to follow through with the article. Here it goes . . .

Do you ever get the most annoying song stuck in your head because it was played on the radio a good 42 times that day? I have a feeling that you have a pop song stuck in your head! Do you ever get the aux cord taken away from you because you were playing songs that nobody wants to hear? I bet you were playing pop music! Now if you truly enjoy pop music, or specifically any pop song from the hit top 100, please read the rest of the article at your own risk.

Let’s start by sinking our eyes and ears deep into the song “Lips are Movin” by Megan Trainor. Now I really have nothing against Megan Trainor, she’s just a young woman trying to bring out everybody’s confidence with repetitive song lyrics and techno noises. But I do have to say I learned many things from this popular tune. I learned that if my lips are moving in any way, I am lying. So for all you gum chewers and pencil biters, you are all lying. In her first verse I learned that Megan Trainor supposedly came from outer space. When Megan sings “I come from outer space,” I guess you could say that she’s the one who’s lying considering there is proof she was born right here in Massachusetts. And might I remind you that her lips are moving throughout her whole music video, so maybe Megan is the biggest liar of them all!

As we skip past more songs that hurt my ears, we arrive at “Blank Space” by Taylor Swift. Does anybody remember the Taylor Swift who wrote country songs? And does anybody know where she disappeared to? I don’t even know how people are still calling her music “country.” I hate to break it to you but this is hardcore pop music. In the music video, clips switch off between Taylor in her bedroom with two white horses and Taylor smashing things with mascara all over her face. In all honesty, I just don’t really understand the song lyrics or the music video or Taylor herself. If this song were to be described with four words, many would suggest “Corrupting To Today’s Youth.”

To continue ranting about this mind-damaging genre of music, I bring up the song “Happy” by Pharrell Williams. I just wanna start by saying that there is nonstop clapping in this song and frankly it makes me unhappy. It’s annoying (as is the beat of most any pop song). But anyway, in this song I learned that I need to clap along if I “feel like a room without a roof.” I regret to tell Pharrell that I don’t know what a room without a roof feels like so I will not be clapping along. He then repeats that exact verse six more times in the song, making it nearly impossible to even listen anymore. Sorry to anyone who adores this song if I’m making you the opposite of happy.

To wrap up this article, I’d like to say that at the moment I am surprisingly tolerating a pop song. “Uptown Funk” by Bruno Mars is a guilty pleasure of mine right now and I actually think everybody should give it a listen. But if it’s any other pop song you go and listen to, I hope you find yourself lost with the old Taylor Swift and her acoustic guitar.