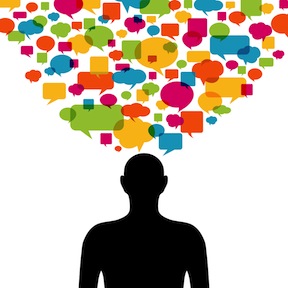 You know when someone says something that resonates with you to your very core?  It can be a passing comment, a token of advice or just a statement, but it stays with you long past that person’s presence. It plays on repeat in your mind every second, it just won’t seem to get out. It’s called “over thinking” and personally, I deal with this on a daily basis. Everything that comes my way, I typically go crazy and think that if I mess this up, the entire world will go into peril. These situation can be anything from writing an essay to smearing peanut butter on my sandwich. It’s not just me who goes through these dilemmas, it seems everyone overthinks everything. Whether it’s what we think or what someone says, it affects us more than we let it show. But I, for one, am sick of it! So I decided to list several concepts that people need to stop over thinking:

Every painstaking detail of why something didn’t work out. It doesn’t matter anymore. There is a time for reflection for the sake of growth to not repeat a mistake, but other than that, overthinking the wrongness of it will just bury you in your own sadness and remorse.

Mundane social disparities that, contrary to your fears, do not mean anything. Sometimes people just don’t have the time to talk to you, or they just don’t want to hang out. We have a tendency to spiral into panic when these things happen, but in reality, more often than not, all these less-than-pleasing social cues mean nothing more than the person in question is saying they do.

Your overall performance. You will never receive constant validation that you’re doing a good job. Sometimes you just have to do your absolute best and let the other pieces fall as they may. Trying to decipher everyone’s opinion on what you do won’t make you any better at it, it will just drive you crazy

Your place in the world. The only place you belong is wherever you are right now, and if you’d like to change, where you belong next is where you want to go. There is no conflicting right and wrong when it comes to where you’re supposed to be in life. The mind may deceive you but your reality will not

How you look at any given moment. How people perceive you is a) usually a misconception of their own imagination and does not actually dictate anything about you and b) is never as in-depth as you think.

One thought on “Some Thoughts on Over-Thinking Things”