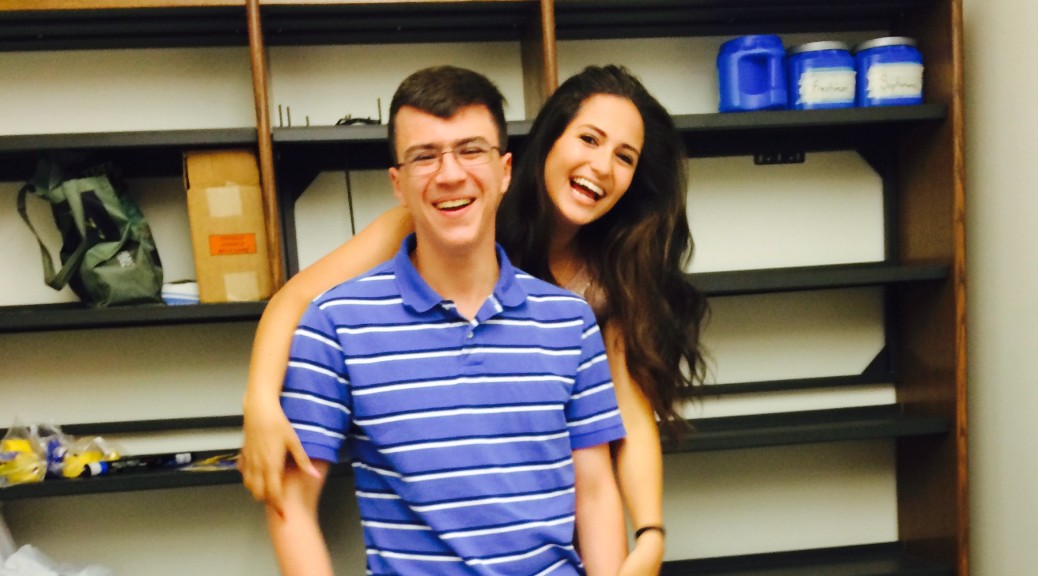 Only one thing is certain about the high school experience, the fact that the end of senior year and graduation come all too soon. You go from being kings of the school to being thrust out into the real world having to make your own way in life. It’s a scary thought because while you have accomplished much to get the fine achievement of graduation, everyone is all of a sudden equalized by the school of hard knocks. All faux-philosophy aside, I want to be able to formally say good bye to a group that has given me so much over the past two years.

Being the senior Editor in Chief this year for newspaper has been one of my best high school experiences. I have watched newspaper grow immensely this year. It is the perfect continuation of what started my junior year. Officially, I was the News and Web Editor but I couldn’t just silo my efforts to those two things. We started off using a third party host and while it was good initially, it quickly failed to meet the needs of our growing club.  Halfway through the year, The Indian transitioned to being hosted internally at the high school – on the same server that hosts our sister publication Hanover Literary Magazine as well as the Hanover Public Schools website – using a server that was found literally collecting dust on the floor in the school’s main data closet. Mundane technical details aside, I am proud to say that The Indian has enjoyed the full support of the Hanover Schools. District and high school administration have answered our questions and have fully supported our efforts to report on the myriad of issues affecting the life of the student body here in Hanover.

This year, The Indian has gotten to the point where we write new articles on a weekly basis. We’ve also introduced a Teacher Spotlight and Student on the Street section. Matt Barresi, with the help of Peter Palmer, has led a very comprehensive sports section and every school sports team was covered at least once. Our social media footprint has greatly expanded to include a very active Twitter account, Facebook page, and Instagram account. We’ve also done a number of publicity stunts, whether it be giving away free hot chocolate or candy canes to students coming in the morning. You’ve all seen the mini frisbees we had made with the school logo on them and have probably used our pens. Our staff has also gone on two trips: one to a Celtics game to hear their media staff give a panel presentation and another to the New England Scholastic Press Association conference at Boston University where we won an “Excellence in Publishing” award for this website.

I have to thank the small, but dedicated staff of The Indian for really committing to such an aggressive schedule. First, I can thank Andrea Bilton for being willing to take over in my role next year and for being the junior Editor in Chief this year. I know I’ll be leaving The Indian in the hands of amazing leadership. I also thank the rest of the staff: seniors Mackenzie Welch, Matt Barresi and Eric Carey; juniors Cate Marchetti, Jill Drummy, Callie MacDonald and Peter Palmer; sophomore Lauren Bilton; and freshmen Kristen Marchetti and Pierce Ghostlaw. Without their diligent efforts there would be nothing to publish. Finally, I would like to thank Mrs. McHugh for her invaluable professional journalism experience and unwavering support as our adviser for the past two years.

Andrea Bilton and I got a number of pictures together and I figured this goodbye piece would be woefully incomplete without collecting them all. I’ve purloined them from a variety of social media sources including the HHS Indian twitter and various Instagram accounts.