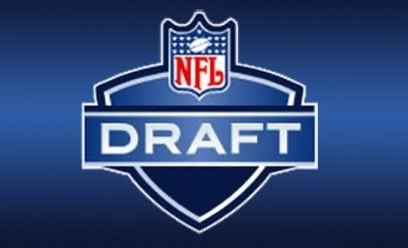 Now that Super Bowl 50 is over, many teams are looking ahead to the NFL Draft in April. Cam Newton was the main reason the Carolina Panthers were able to reach Super Bowl 50. Although his play wasn’t enough to win, Cam still had an incredible season and was named the league’s MVP for the 2015-16 season. The Denver Broncos’ Von Miller most definitely was a main force in the Broncos season success as well as their Super Bowl win. Miller was named MVP of the Super Bowl, which is very unusual for a defensive player.

What Cam Newton and Von Miller have in common is that they played each other in the Super Bowl, they are both 26 years old, they were drafted the same year one after another. Cam Newton was the number one overall pick in the 2011 draft. Von Miller was second.

It’s natural to think back to that draft, and ponder the top 10 picks. If teams could have seen into the future, would they have chosen differently? If I was in charge, I would’ve made some different choices. Here is a list of the teams with the top 10 picks that year, who they chose and who I think they should’ve chosen.

Both teams have seen their choices pay off. No changes necessary there.

The Bills took a good player in Marcell Dareus, who has started and played very well. JJ Watt is arguably the best defensive player to ever live, so if the Bills had known what Watt would turn into, I think there’s no doubt they would’ve snapped him up.

Cincinnati also took one of the best wide receivers in the league in A. J. Green. It’s just that Julio Jones’ production has been better during the course of their young careers.

Richard Sherman is known for his loud mouth and shutting down star receivers every week. Peterson and Sherman are top three cornerbacks in the league so you couldn’t go wrong with either but Sherman is better than Peterson.

In my revised draft, Julio Jones would already have been taken by the Bengals, because it would be an absolute steal to get one of the best receivers in the NFL. Therefore, the Falcons would end up with Green, who is still a pretty good catch.

Aldon Smith is currently serving a one-year suspension based on multiple criminal charges against him so I would just about guarantee San Francisco would take a reliable defensive player and not Smith.

Jake Locker retired at the age of 26 to the surprise of just about every single person. The Titans were left without a quarterback and now Jake Locker is known as one of the biggest busts in draft history.

The Cowboys’ pick of offensive tackle Tyron Smith was a great choice and Smith has exceeded expectations. He’s become a premier lineman. But in the NFL, shutdown cornerbacks are of high demand and I think any team would go back and take Peterson because of how elite he’s been over his career.

Quarterback Blaine Gabbert was taken 10th overall, but has joined a long list of Jaguars quarterbacks who didn’t pan out. Once given the opportunity, Colin Kaepernick lead the 49ers to a Super Bowl in 2012. Kaepernick would have been the best available quarterback to take.