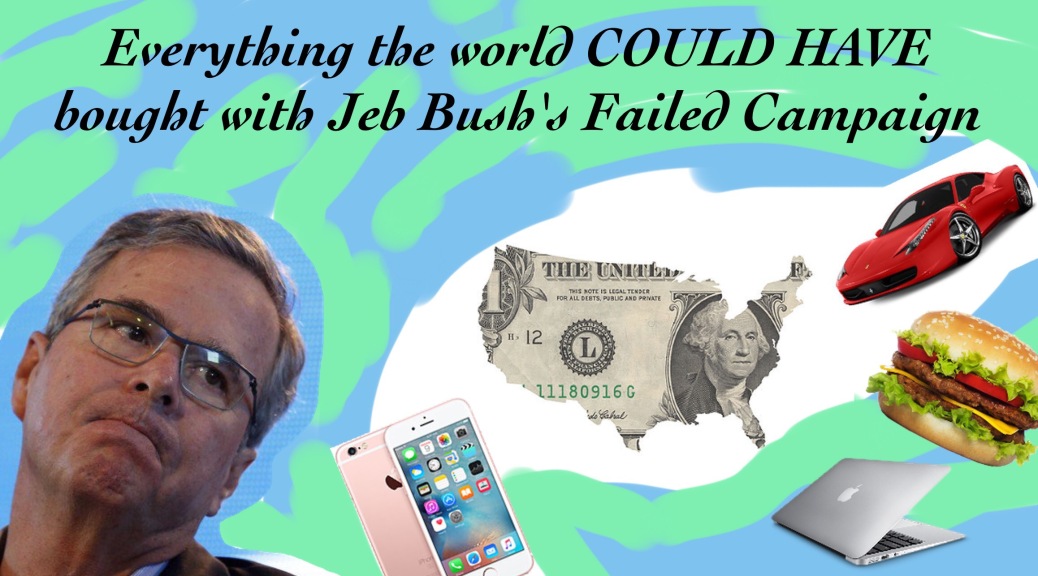 by Chris Acampora and Kristen Plahn

Jeb Bush is now yesterday’s news, but nobody seems to have talked about what it took to get his presidential campaign off the ground. Bush, the former governor of Florida and brother of President George W. Bush, spent $58.8 million on his campaign (including super PACs and donations). That’s almost five times as much as Hillary Clinton has spent! Here’s a breakdown of what other things could have been bought with that $58.8 million . .  . 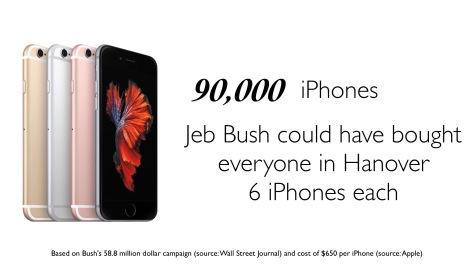 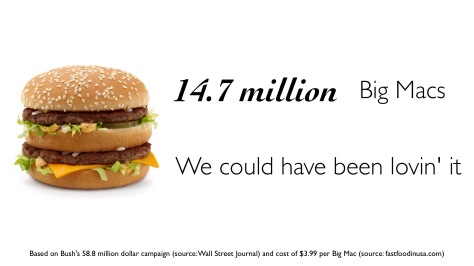 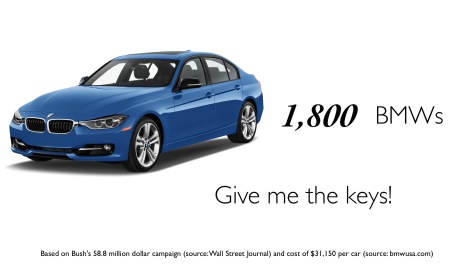 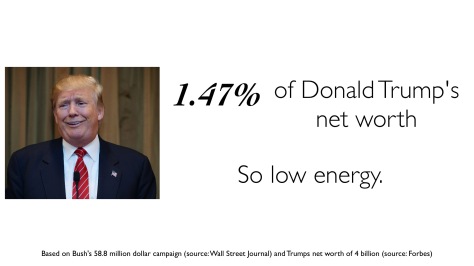 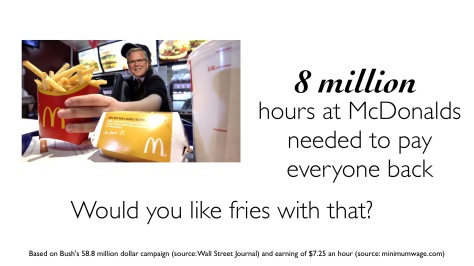 Hopefully this fun little comparison has made you realize how expensive — and potentially wasteful — a political campaign can be.