On Sunday March 20th the Hanover Boys Hockey team met central champ Algonquin in the Division 3 state title game. The game was played at TD Garden and the atmosphere was like no other game all year. Thousands from Hanover came out to support the team in what was their last game of the season. The game lived up to its hype.

Both team’s crowds were into it from the start but it was Hanover who had something to cheer about first. Senior captain Landon Hasenfuss scored to put the Indians up one and, then after an Algonquin goal, senior Bret Parker scored to regain the lead. At the end of the first period,  Hanover had the momentum.

The second period is where Hanover faced major adversity. Sophomore Zach Taylor was called for a boarding penalty, leaving the Indians shorthanded for 4:00 minutes. With a strong outing in his final game, senior captain and goalie Noah Clapp was able to perform well all game. Taylor made up for his penalty by beating the Algonquin goalie and making the score 3-1 Hanover going into the third period.

The third was like the whole game, all Hanover. Ryan Phillips scored early to make the score 4-1. Then with 3:00 minutes left, Nick Joy scored on an empty net to make it 5-1 Hanover. The players and crowd knew they had sealed victory and as time expired a celebration broke out. The excitement and emotion that all the players and coaches had after the game showed how much time and effort was put into this season. The skill and heart of this team was never questioned and how they preformed every game lead them to winning this state title. Hanover is the 2015-16 Division 3 boys hockey state champion. 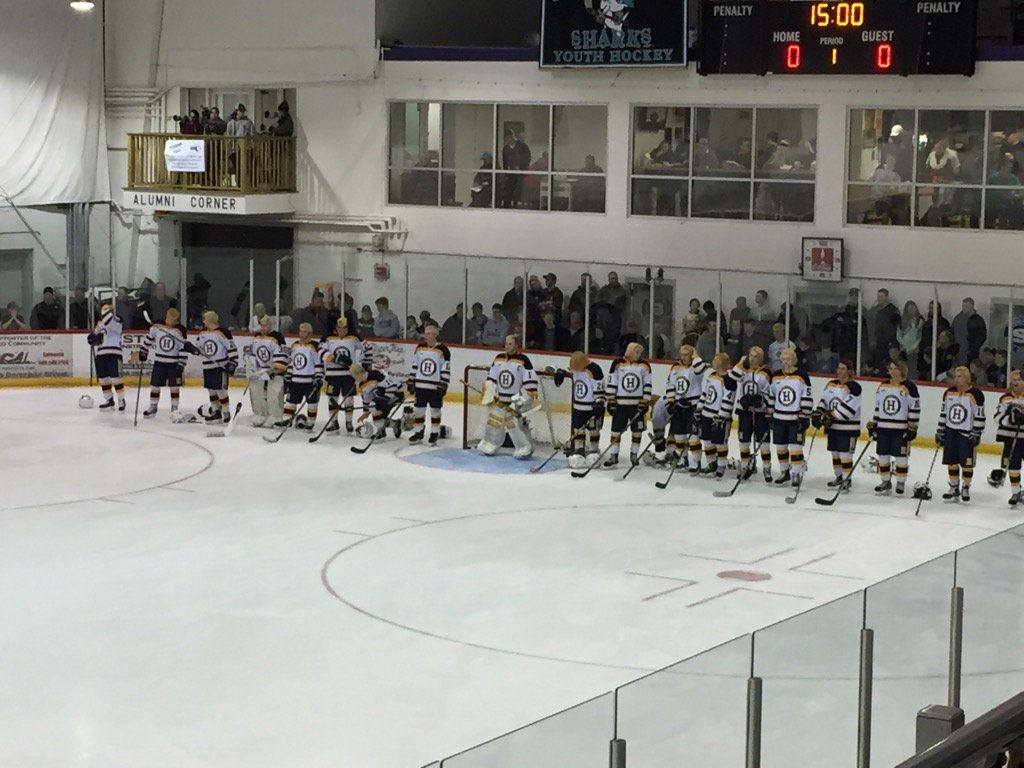 The Indians earned the trip with a 5-1 win over D3 North champion Wayland at Gallo Arena March 16. In front of hundreds of fans who packed two buses and dozens of cars for the trip to the game, the boys stunned their opponent. Parker and Hasenfuss each had two goals, and senior Dan McDougall added another. Junior Alex Wisnes was named player of the game.

The last time Hanover made it to the Garden, in the 2013-2014 school year, they lost to a team from the much larger Shrewsbury. This year, after a season full of highlights, it became hard to believe that any team could beat this group. 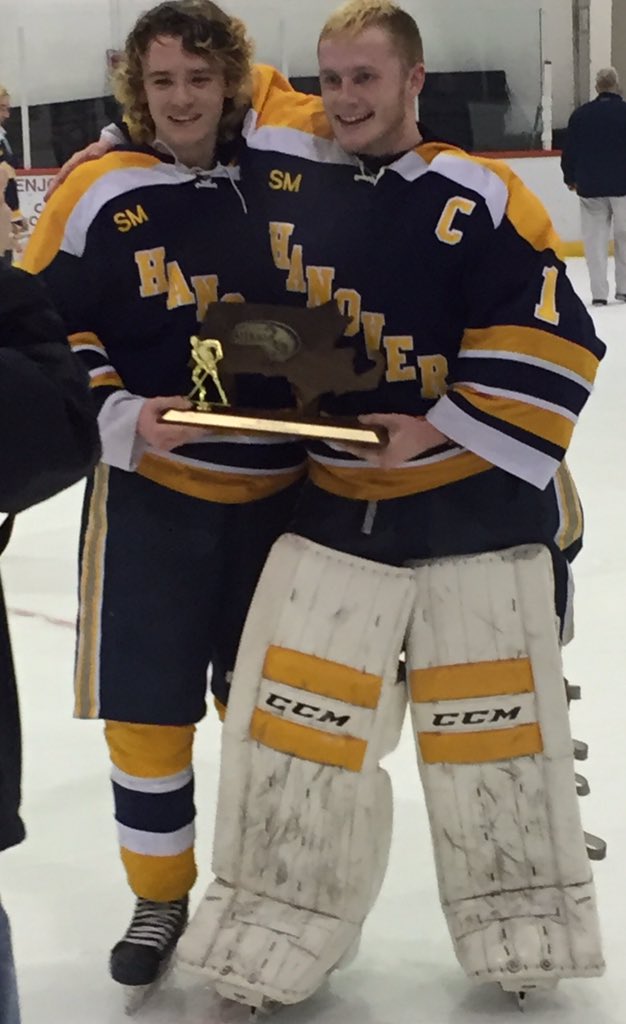 The Indians captured the Division 3 South title with a 2-1 win over rival Norwell 2-1 on March 13. Clapp, who had two big saves in the third period to preserve the Indians’ lead, was named player of the game. They beat top-seeded and undefeated Dartmouth 3-2 in the semifinals March 10 with Hasenfuss scoring his 100th career point by assisting on one of two goals by  senior Bret Parker. Taylor, senior Nick Joy and junior Wisnes also contributed to the scoring. 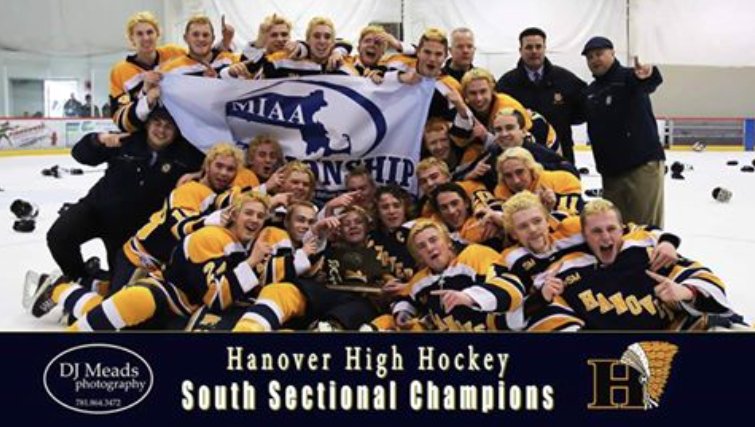 The team is one of Hanover’s strongest, known for being not just competitive but always successful. That continued this past season as they finished 16-3-1 and became a team that no one wanted to play in the tournament. Coached by Jon Abban, the team plays well all around as they basically do not have a weakness. The combination of Clapp between the pipes, a multitude of offensive weapons, and reliable defensemen have contributed to the team’s success this season. Top scorers in the regular season were Parker with 33 points, Hasenfuss with 27, Wisnes with 23 and senior Trevor Doucette with 20.