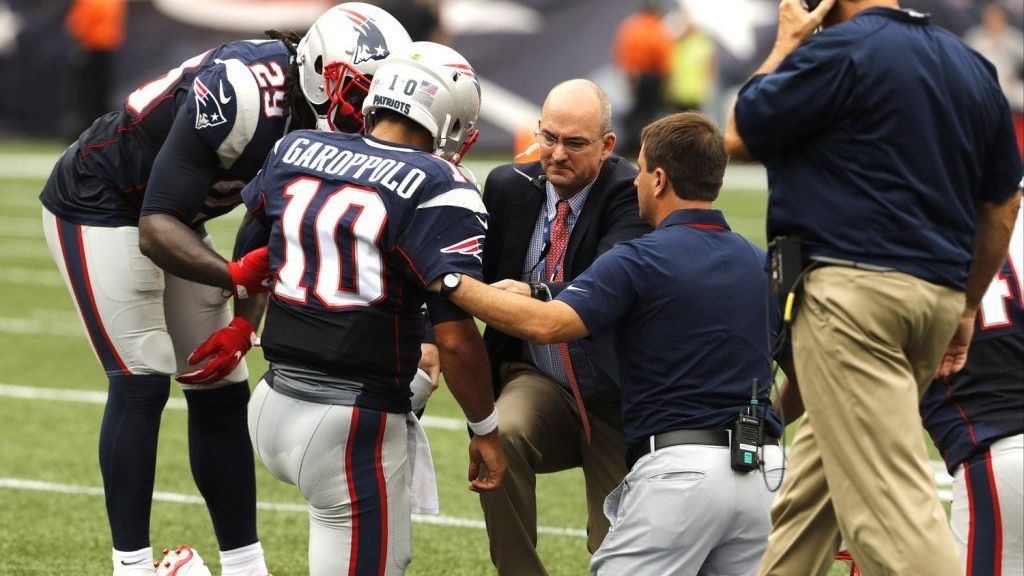 The New England Patriots came out in their home opener rolling against the Miami Dolphins. The absence of quarterback Tom Brady seemed to be the least of the Patriots problems as, for the second straight week, the offense operated as a strong unit. Jimmy Garoppolo had played beyond my expectations in Week 1 against the Arizona Cardinals, one of the best defenses in the National Football League. Week 2 against Miami shouldn’t have been any different, since the game was at home and against a lesser opponent. Garoppolo and the Patriots’ offense steamrolled the Dolphins, and the defense was the dominant force it should be all season. Even with a second-half Miami comeback, the Patriots were still able to beat the Dolphins 31-24.

The win came at a huge expense, though, as Garoppolo was hit in the second quarter and injured on the play. He sustained an AC joint separation in this throwing shoulder and did not return to the game. The timetable for his return is still in question as the extent of the injury still hasn’t been announced. Some reports say Garoppolo could be out four weeks and other reports say he could playing in Week 4 in the final game before Brady returns from suspension. Moral of the story is that this isn’t good for the Patriots. They have it tough enough playing the Houston Texans on a short week Thursday night. Jacoby Brissett will start that game for the Patriots, and for a rookie quarterback who is not ready to play in the NFL at this stage in his career, it’s a tough situation to be thrown into.

Garoppolo has truly impressed me during the small sample of playing we’ve seen from him. He seems to operate well in New England’s offense and consistently made great decisions while having the ball in his hand. I don’t want Garoppolo traded after Brady’s suspension is over unless a bad team wants to make an overwhelming deal. Based on what we’ve seen, Garopollo has the makings of a future starting quarterback, and something very radical would have to be offered in the Patriots’ favor in order for me to accept his trade.

The pressure for long term falls onto Brady’s shoulders now. I don’t think anyone is here to push Brady out the door, but people now know if he’s not getting the job done, there’s someone already on their team who can. For the short term, pressure falls on Bill Belichick. Can he manage to beat a true up-and-coming team in the Houston Texans with a third-string quarterback? Belichick is known widely as the best coach in the league and Thursday night will be a huge challenge for him and the Patriots.