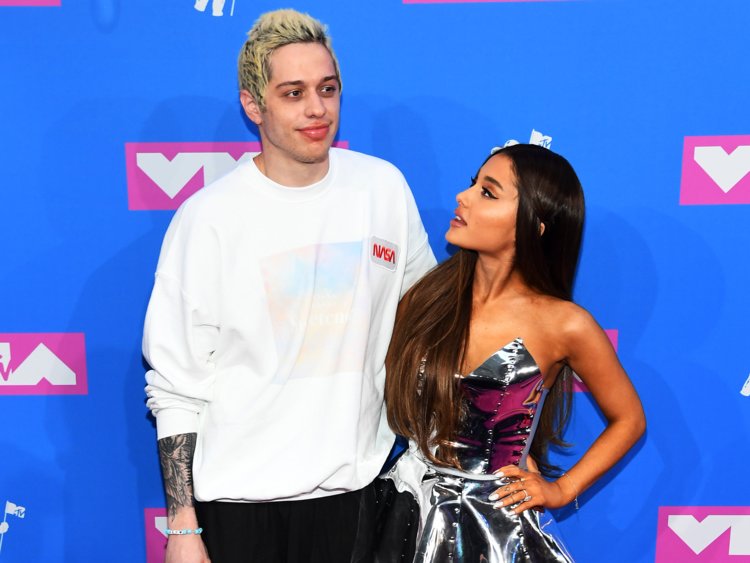 In a new segment for the HHS Indian, I’ll “spill the tea” on current pop culture news and drama.

Yes, after just four months of engagement, Ariana Grande and Pete Davidson have reportedly called it all off. I can’t say I’m surprised that their whirlwind relationship has reached its end. In both celebrities’ defense, this could have been caused by recent, unforeseen events; but, was it ever meant to be?

Grande, the talented singer, and Davidson, a Saturday Night Live performer, first met on the set of SNL when Grande hosted the show a few years ago. The singer claimed she had a huge crush on him even then, and that she was going to marry him one day. Her dream almost became a reality after a (very quick) engagement led to a jam-packed summer of romance and PDA. Unfortunately, the courtship was followed by a breakup, not a wedding.

Davidson proposed to Grande in June with a $100,000 ring after just a few weeks of dating. The two moved in together into Ariana’s $16 million apartment in New York, according to E!News. They were constantly getting iced coffee together (pictured below), and always out in public just having a good time. Before long, they had a pet pig named PiggySmallz, whose Instagram account quickly grew to almost half a million followers. (yes, a pig’s account) They talked about their relationship on several late night shows and in radio interviews. In one, Pete proclaimed that he was “the luckiest guy in the world” when Ariana said yes to him.

Throughout the short-lived relationship, the celebrities faced doubtful “haters” on Twitter and other social media sites who claimed their relationship wouldn’t last. Some even called it a publicity stunt. Whether the doubters were right all along, or if the love was indeed true until recent events, is up for debate.

No one can deny that Grande has had a very hard past year and a half. On May 22, 2017, a terrorist attack occurred at one of her Dangerous Woman Tour concerts in Manchester, England. This senseless attack took the lives of 23 people including the bomber. After Grande held a very successful benefit concert, she continued her tour and followed it up with some much needed time off from social media and the public spotlight. She needed time to heal. Grande met another tough month this past May when she and rapper Mac Miller ended things after two years of dating. The breakup was reportedly caused in part by Mac’s issues with addiction. Not long after their breakup, Grande found love with Davidson and it looked like she was finally catching a break. At the same time, though, Miller began spiraling out of control, crashed his car and received a DUI. When  Miller passed away in early September, Grande went into a panic. She was attacked on social media by thousands of awful comments that blamed her for Miller’s death. As a result, she disabled the comment function on all her Instagram photographs.

Could this be the cause of Grande and Davidson’s breakup? Was it all just too much at once for it to work out? I think so. I believe that Ariana and Pete were madly in love at the beginning of their relationship and did intend to marry each other. I think they moved way faster than normal but it was because they had found love at first sight. After Miller’s death, I think Grande was reminded of her haunting past and needed more time to heal and focus on herself. She can’t spontaneously plan her future with this guy when she hasn’t repaired the damage that has been done to her mental health in the past year and a half. On top of that, she recently released her fourth studio album and has enough on her plate with just that.

In the end, I think this whole whirlwind love story with Grande and Davidson was quite out of the ordinary. Although I was rooting for them to stay together, I think they made the right decision. They realized they weren’t ready and didn’t want to rush into their futures, and I respect them for making this decision knowing there would be thousands of “I called it” and “I told you so” comments from doubters. I fully support Ariana in her healing journey and hope she is able to spend the time that she needs on herself after quite a rollercoaster of a year and a half.