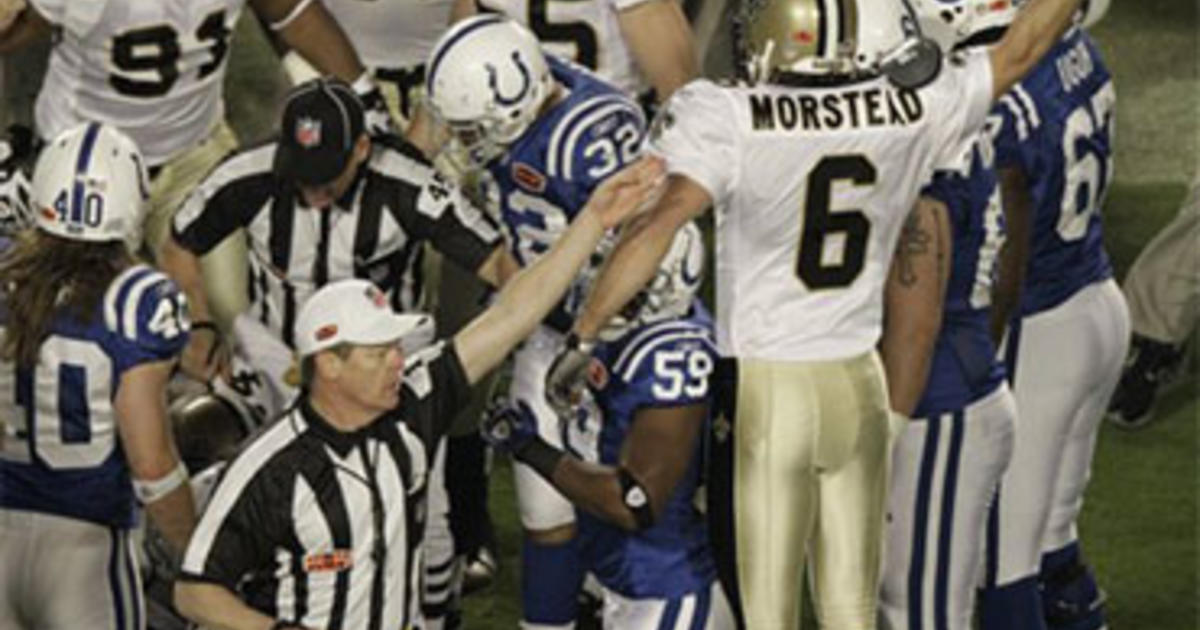 In what will go down as one of the most gutsy play calls in the history of the NFL, Sean Payton and the New Orleans Saints decided to kick an onside kick to start the second half of Superbowl XLIV. Whether it was a smart call or not, the play ultimately worked and the Saints went on to win the Superbowl 31-17 over the Indianapolis Colts. 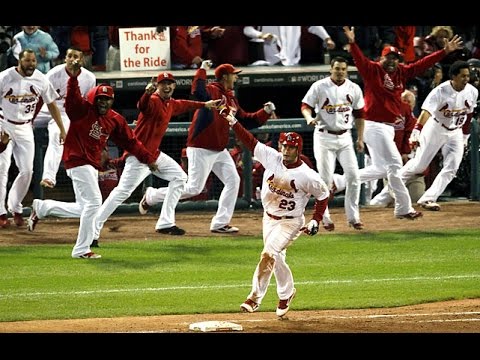 With his team down 3-2 in the Series, and the Texas Rangers just out away from the title, St. Louis Cardinals’ third baseman David Freese stepped into the box. With men on first and second, it was believable to think that Freese might be able to work some magic. He did just that, hitting a two-run triple which ultimately tied the game up at 7 and forced extra innings. To make things even crazier, Freese got another at-bat in the bottom of the 11th, with the score tied 9-9. Sure enough, Freese came through again and delivered a solo shot that took the game for the Cardinals and forced a game 7. The Cardinals went on to win the Series. 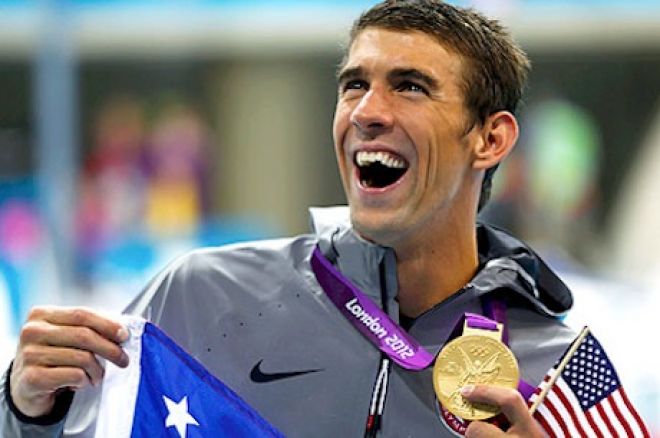 Michael Phelps. You hear the name and immediately think the greatest swimmer of all time, right? Phelps showcased that tremendously during the 2012 Summer Olympics in London, winning four gold medals and two silver. This was one of his signature performances as a swimmer, and he will most certainly be known as the most decorated swimmer in Olympic history for decades to come. By the time he retired after the 2016 Games, he had accumulated a record-breaking 28 medals, the most of any Olympian in the history of the modern games. 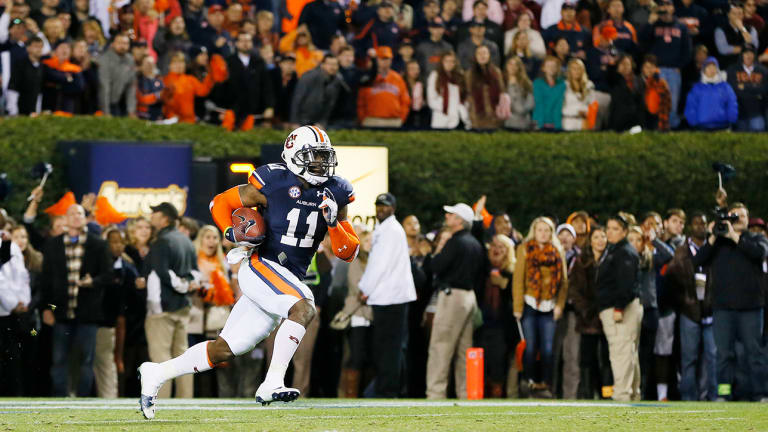 In what will go down as one of the craziest moments in not only college football history, but all of sports, the Auburn Tigers accomplished the unthinkable and sucked the life right out of the Crimson Tide. In the closing second of the 78th Iron Bowl, with a tied score of 28-28, Alabama head coach Nick Saban elected to try a 57-yard field goal rather than just take the game to overtime. Just as you would expect, the kick ultimately was short (it would be a difficult shot for an NFL kicker, let alone one in college) and Auburn had Chris Davis lined up under the posts. Davis would not only catch the short attempt, but take it 100 yards to the house in walkoff fashion. There has never been such a crazy ending to a college football game since.

In the history of the NFL, it is safe to say that there have been some insane catches. It is also safe to say that Odell Beckham Jr. made one of the best. During a competitive game between the New York Giants and Dallas Cowboys, the rookie Beckham was on the receiving end of defensive pass interference by Brandon Carr. Rather than fall to the ground without looking, Beckham stayed with the play and went up for the catch, hauling it in with only three fingers. He also managed to keep both of his feet in bounds, which in itself was kind of amazing. In fact, this catch was so crazy that the jersey that Beckham wore that game is now sitting in the pro football Hall of Fame. 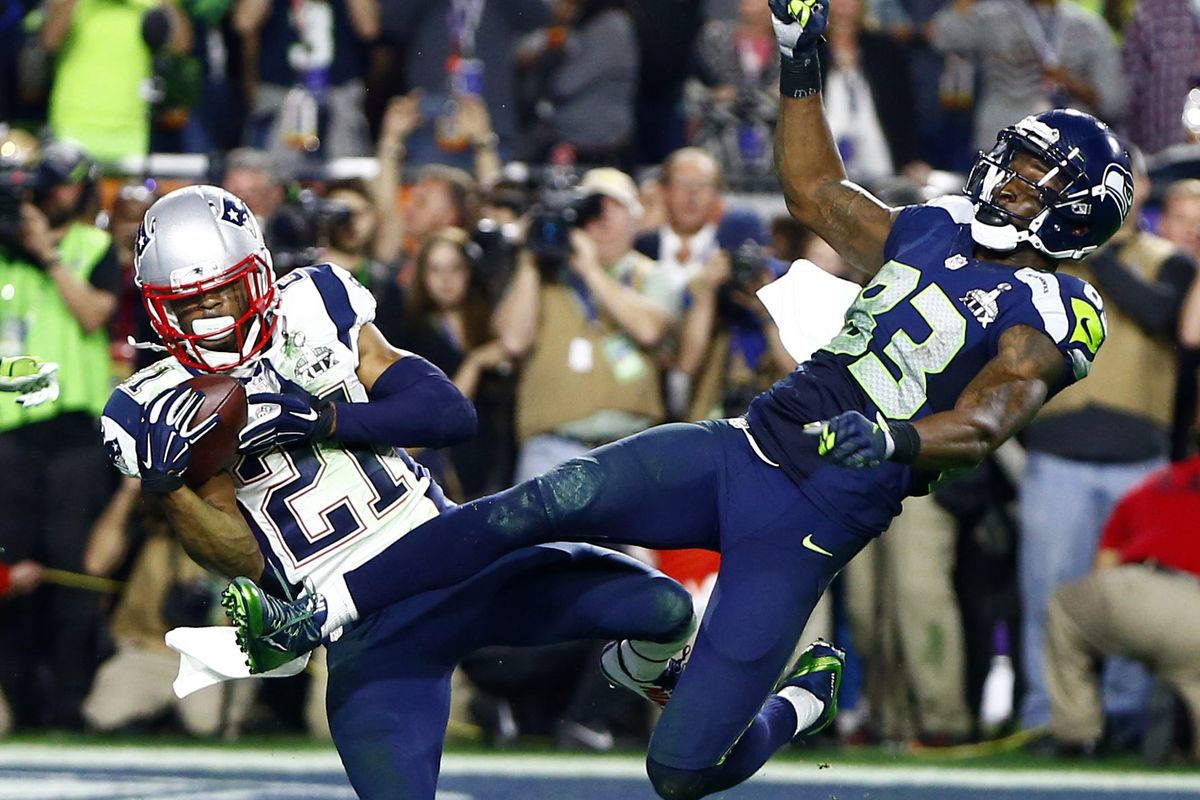 Super Bowl 49 was a heavyweight matchup between the New England Patriots and the Seattle Seahawks that lived up to the hype. For the majority of the game, the lead went back and forth. But with 7:55 left in regulation, the Patriots had a TD reception from Danny Amendola to make it 24-21. After a 3 and out, the Patriots got the ball back once again. On this drive, Tom Brady hit Julian Edelman with a 3-yard TD pass to make it a 28-24 game with 2 minutes remaining. Somehow, the game would get even more entertaining, with an absolute circus catch from Jermaine Kearse that set up the Seahawks perfectly for a TD. After getting stuffed on the next play, it was clear that the Seahawks were going to run the ball again with Marshawn Lynch. For some weird reason that sports fans still can’t understand to this day, Pete Caroll decided to do a slant pass. That is where the hero Malcolm Butler comes into play. With 26 seconds remaining on the clock, Butler read the pass by Wilson and ultimately picked him off, clinching the Patriots fourth Super Bowl title. As a sports fan, this game was an emotional rollercoaster, and by far the best of 2014. 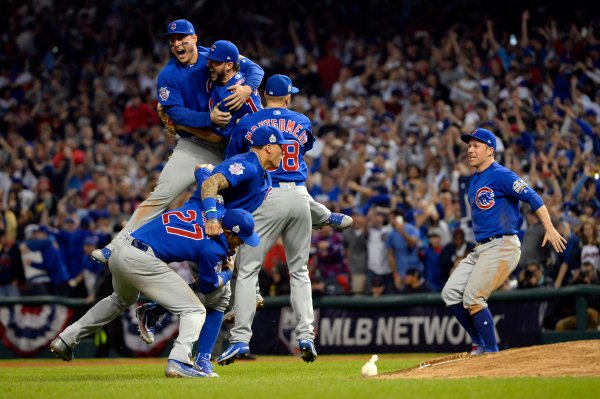 In one of the most exciting World Series matchups in recent memory, this 7-game heavyweight battle featured everything a sports fan could want. The Chicago Cubs’ return to the World Series had all sports fans wondering if it was finally the end of the curse. For the last 108 years, the Cubs had never won a World Series and had several “scapegoats” such as the Steve Bartman incident (a fan grabbed a foul ball that was still catchable in game 6 of the 2003 NLCS) and the black cat incident (feline runs in front of the Cubs dugout, cursing them and causing them to lose their divisional lead late in the 1969 season). The Cubs played with fans’ hearts when they went down three games to one to the Cleveland Indians. Two wins later, they found themselves 9 innings – or, in this case, it happened to be 10 innings – between either breaking or continuing the curse. The Cubs went up early in game 7, taking a 6-3 lead into the eighth inning. The Indians responded with an offense of their own and tied it up at 6. After a 15-minute rain delay that just completely killed the flow of the game, the 10th inning began. It ended with the Chicago Cubs as 2016 World Series champs. This whole series must be counted as one of the most entertaining ever, especially when you consider the rarity of a series ending in extra innings. 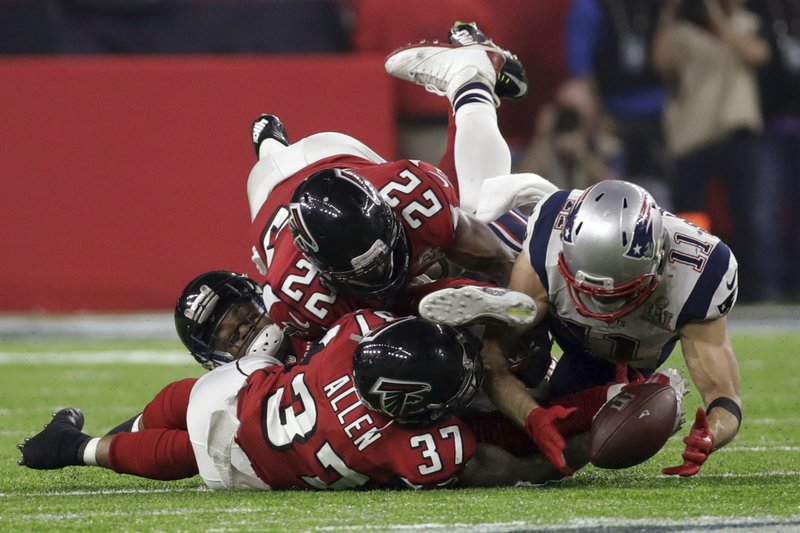 This was an obvious pick, considering it was one of the greatest comebacks in all of sports history. Trailing 28-3 with 2:08 left in the third quarter, it would have been easy for Patriots fans to give up. Like many other fans, though, I thought, “This is Tom Brady and Bill Belichick. . . if anyone can make a 25-point comeback, it’s them.” A quarter later, the entire NFL fan base (aside from those rooting for the Atlanta Falcons) realized this was the greatest game ever played and that Tom Brady had solidified himself as the greatest quarterback of all time. Two James White TDs, a Danny Amendola TD, and a couple of 2-point conversions later, it was 28-28 headed into overtime. With this momentum, the whole world knew that if the Patriots won the coin toss they would drive the length of the field and score. Wide receiver Matthew Slater called “heads” and, sure enough, the Patriots won the toss. A series of 10-yard chunks and a 13-yard penalty put the Patriots in scoring position. (Insert Celine Dion “My Heart Will Go On” music) White ran to the left and kept on running to the New England Patriots fifth Super Bowl title. This game was not only the best sports moment of 2017, but in the history of the NFL. 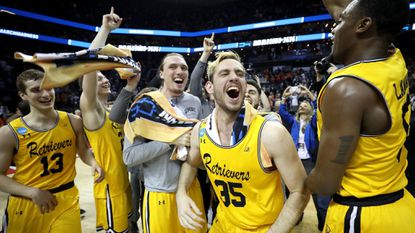 Prior to the 2018 March Madness tournament, no 16th-seeded team had ever upset a top seed. To put that into perspective, teams seeded 16th have a 1-135 record vs number one seeds since the tournament was born. This was one of the craziest feats to happen this decade, especially considering that every March the headline is, “Will this be the year a 16th seed advances to the second round?” It is especially crazy to think that not only did the UMBC Retrievers upset Virginia, but it was a blowout. The final score was 74-54 in what will go down as one of the most historic games in NCAA basketball history. 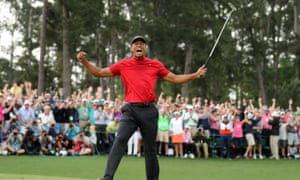 In what is one of the most feel good stories of the decade, Tiger Woods won his first Masters since 2005. After jumping onto the scene in 1997 by winning his first major championship, Woods immediately won over golf fans with his elite play and energetic charisma. He continued to dominate for the better part of 15 years, winning 14 major championships. Unfortunately, after a series of personal scandals and injury after injury, both Tiger’s play – and the love he received from the fans – fell off the map. Finally, after 11 years without a major championship, Woods wrote the ultimate redemption story, thriving in his Sunday red en route to his 5th masters win. For a guy that had been through so much, you can’t help but love this story for both Tiger and for the sport of golf itself.