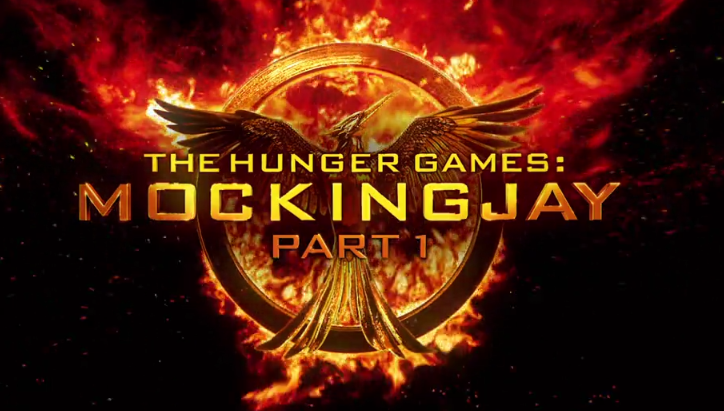 Warning: Contains spoilers if you have not yet seen Mockingjay or read the books.

In the eyes of many, the third installment of The Hunger Games did not disappoint. Theaters everywhere hosted 8 pm, 10 pm and midnight premieres which fans attended, both dressed up as characters and clad in pajamas per usual. For myself, I sported a t-shirt with the widely known symbol of the mockingjay glistening in gold, surrounded by flames. According to online sources, including insidemovies.com, Mockingjay conquered the weekend’s ticket sales, and may possibly be the biggest opening of the year. While being compared to previous films as not grossing enough money in its opening weekend, the film itself was as spectacular as the original Hunger Games and its sequel, Catching Fire.

Mockingjay is emotion-evoking not only because  of the context and plot that dedicated fans will already know (a rebellion against the tyrannical Capitol), but with Katniss’ pleas for peace, humanity, and justice for her fellow victor, Peeta, who was left behind when she was rescued from the Quarter Quell. Even non-readers of the book can have their heartstrings pulled during the powerful District 8 scene, when Katniss visits a hospital of wounded only to see it bombed moments later by Capitol forces. The moment is empowering to Katniss, making it clear to her that she is the one who needs to bring justice to the people, and, more importantly, that she is capable of doing so.

We see a wide variety of both new and old characters in the film, including President Coin, the leader of District 13, who was reluctant to belief Katniss could lead the rebellion, but did not come across as resistant and suspicious as she did in the book. Gale, who was celebrated as a hero for rescuing many people before District 12 was destroyed, was eager to join the fight but still stood in support of a sometimes fragile, traumatized Katniss. A battered Peeta, whose scars from the Capitol’s torture grew worse as the movie went on, was a crushing sight for many fans.

Colleen Dowd, an HHS student in attendance at the Patriot Cinemas 8 pm premiere, has never read the third book of the series but is a “huge fan of the character Finnick.” Devastated that the woman he loves is being held by the Capitol after his escape, Finnick struggles to hold himself together and then delivers a crushing blow to the evil President Snow. (spoiler alert: Mockingjay Part 2 is not going to leave Colleen very happy)

During the highly emotional scenes, it was hard not to hear the intake of breaths from many fans and viewers in the theater. Junior Annika Rowland, a fan of the series and a bibliophile says, “I thought Mockingjay was great, except there was not much action compared to the last two films, in my opinion. I’m looking forward to seeing the second part of Mockingjay.”

Mockingjay followed the recent trend of splitting the final, highly anticipated last film adaptation in a book series into two, such as Harry Potter and Twilight. Viewers are in store for a lot of tears, and a lot of action, when the final installment of the movie premieres next November.