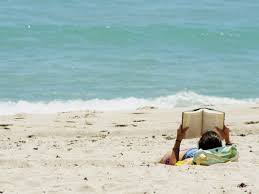 In the first few weeks of school, I heard many students grumble about their summer reading assignments. More than a few could not bring themselves to pick up a book while hanging with friends on the beach or going on a family vacation. I am the complete opposite, which I guess isn’t much of a surprise since I’m a librarian. But even before I had this fancy degree and powerful position, I loved summer reading. It’s my chance to plow through a bunch of books without being interrupted by work, my daughter’s sports schedule or other obligations. I love nothing more than sitting outside on a beautiful day with a book in my lap. Books go with me to the beach, in the car, on my deck . . . Here are a few of the books I read this past summer, all of which I recommend to you.

Where Men Win Glory: The Odyssey of Pat Tillman, by Jon Krakauer: Written by one of my favorite nonfiction authors, who’s also known for Into the Wild and Into Thin Air, this book explores the life of Pat Tillman. Tillman was an NFL superstar when, after the terrorist attacks on September 11, 2001, he gave up a million-dollar career and joined the military. When he was killed by friendly fire in Afghanistan, the government hid the truth from the public and even Tillman’s family. I liked this book because it was more than just a story about a soldier (although there was plenty in it for people who like soldier stories). The book really examined what motivated Tillman to leave professional sports to go to war, and revealed how he resisted the government’s efforts to use him as a propaganda tool. It was also interesting to read about the government conspiracy to cover up the truth of Tillman’s death as well as its often misleading reasons for entering the wars in Iraq and Afghanistan in the first place. Sure to spark political discussions for those who are interested, this book is also a good read for people interested in sports and the military.

Five Days at Memorial: Life and Death in a Storm-Ravaged Hospital, by Sheri Fink: When Hurricane Katrina devastated New Orleans in 2005, hospitals were among the hardest hit, trying to save sick and injured patients without electricity, enough medicine, enough to eat or a way to escape. This book tells what happened at one hospital, where a doctor was accused of intentionally overdosing several patients because she felt they’d be too hard to evacuate or would die in the process. Some people called her and the nurses who worked with her heroes for trying to minimize patients’ pain in a terrible situation. Others, including the government, called them murderers and tried to press criminal charges. The book gives a detailed and disturbing picture of what life was like in flooded New Orleans, and makes you think. What would you do in the same situation? What choices would you make? The second half of the book was a little repetitive, but the first half was incredible.

Go Set a Watchman, by Harper Lee: As a huge fan of To Kill a Mockingbird, I was both excited and nervous about reading this long-lost novel. Critics immediately complained that favorite characters were turned into racists, others were killed off and the writing wasn’t strong. But I found the book to be really interesting, especially in thinking about how bits and pieces of it were revised and developed into the Mockingbird I know and love. Was it great writing? No, Harper Lee needed an editor and this book was released as it was found — no editing at all — so at times she was wordy and made outdated references. But there were flashes of the great writer that Lee could be (again, once she had an editor!). Was Atticus a racist? I don’t think so. Anyone who read the whole book would see that though Scout felt he was being racist, Atticus had reasons for fearing outsiders and trying to protect his African American neighbors in his own way. You may not agree with his reasons, but I think you’ll agree that the cries that he was a racist were exaggerated. Mockingbird explores being true to yourself and trying to understand others’ point of view. Watchman delves into how we forge our own identities, apart from our parents, as we grow from children to adults.

Mountains Beyond Mountains, by Tracy Kidder: Another nonfiction read, this one follows a Harvard-educated doctor who devoted his life to treating the poorest of the poor in rural Haiti. The subject, Dr. Paul Farmer, was a remarkable and unique man. In some ways, he made me think of Pat Tillman and the Memorial Hospital doctors: could I make the sacrifices and face the challenges that they did? Probably not. Did I feel like a selfish person reading about his work? A little. One of the things the book showed me was that treating disease in poor countries requires much more than medicine. It requires a huge shift in social policies: jobs for the poor, roads to improve transportation, water purification systems, a well-organized (and uncorrupted) government, and so on. Anyone interested in international relations, working with charities or medicine would like this book.

I read two more books in September, but this post is probably already longer than most students will read so I’ll save them for another time. All of these books are available in the HHS library. Come by and check them out.