The Girls soccer team is about halfway through its season and, despite a tough start, shows signs of picking up momentum. With three freshmen starters and only four seniors, the young team has learned to work together to get the job done.  Although their 3-5-3 record may not reflect the effort and teamwork the girls have put in, they always try to start positive.

One tough loss came to Notre Dame Academy, 7-3. NDA scored first early in the game, but Hanover’s senior captain Erin Petrocelli evened it up late in the first half. Any confidence the team had going into the second half was quickly deflated when NDA scored three goals in the first 10 minutes. Hanover continued to battle but NDA scored 3 more times, leaving the score 7-1 with 15 minutes left to play.  It was tough to look at that scoreboard, but Coach Mike Fraser talked with some key players, and juniors Alyssa Frates and Marissa Shoulla fired back to end the game at 7-3.

“I think the NDA game was a serious wakeup call for the team,” said captain Kate Joy. “But we have some winnable games coming up so I look forward to working hard and seeing how things turn out.” 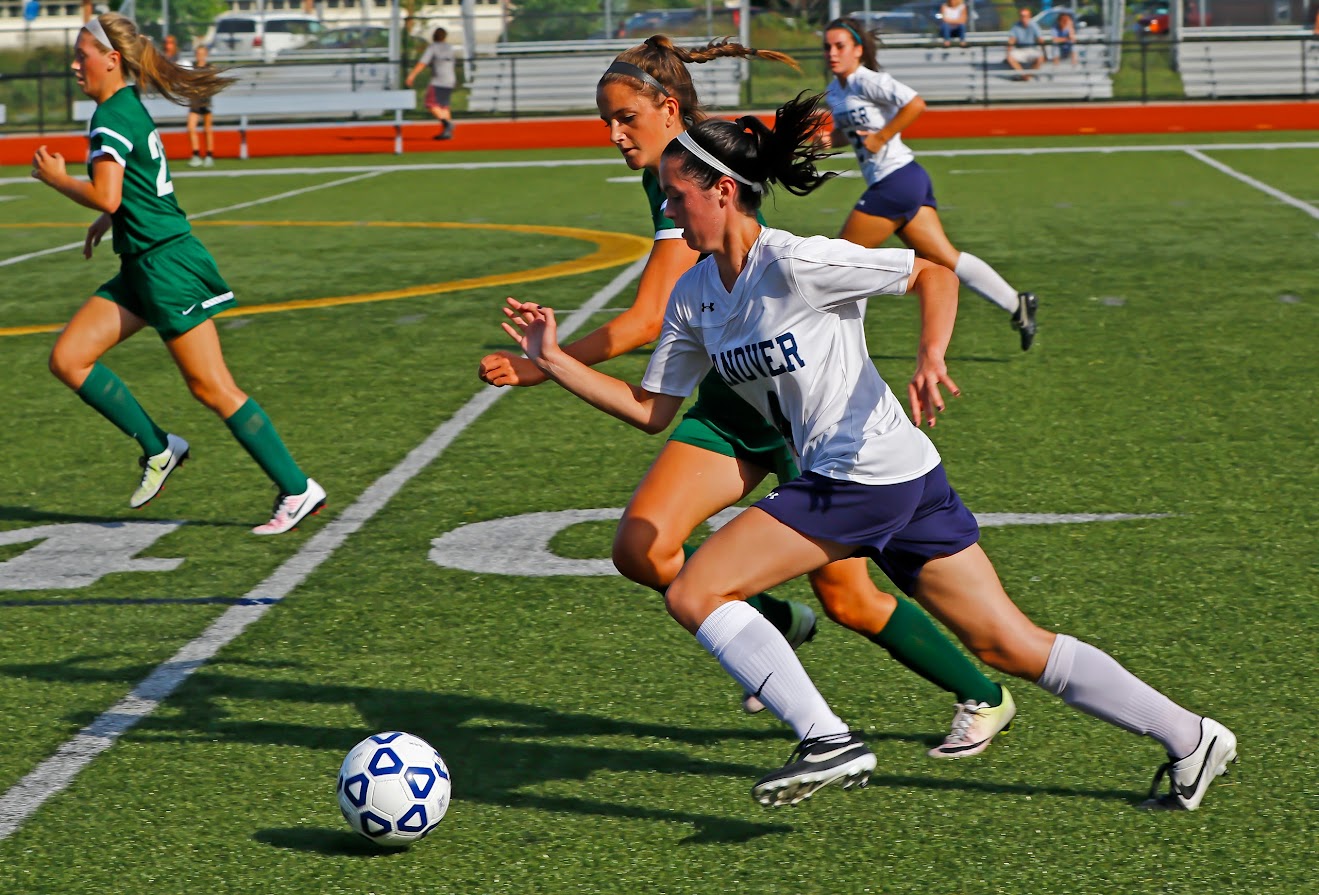 After the tough loss to NDA, the girls played Quincy on their home turf. It was a pretty even match but early in the second half Frates got tripped in the box and Petrocelli sored off the penalty kick. Frates later added a goal off a rebound from senior captain Julianna Stacy, and Hanover won 2-1 for their first win. Sophomore Amanda Armstrong had a very strong game at center-mid, winning 50/50 balls and getting the ball up the field. The team added another win that week against North Quincy.

“I love hanging out with them everyday between team dinner, bus rides and practices,” said freshman Dottie Tilden. “I don’t want this season to end.”

This year, things have changed a little for the 18 varsity players.  To make tournament in the past, all the team had to do was beat Middleboro once. Since Middleboro is no longer in the same division, the girls must win nine games or beat Norwell to qualify for tournament. Last year, Norwell’s Varsity team won its division. Coach Fraser keeps the team’s spirits high by telling them to keep their eyes on the prize and if we work together and work hard, it will come.

The girls head into this week with two home games: Monday against Rockland and a Thursday night game against NDA.