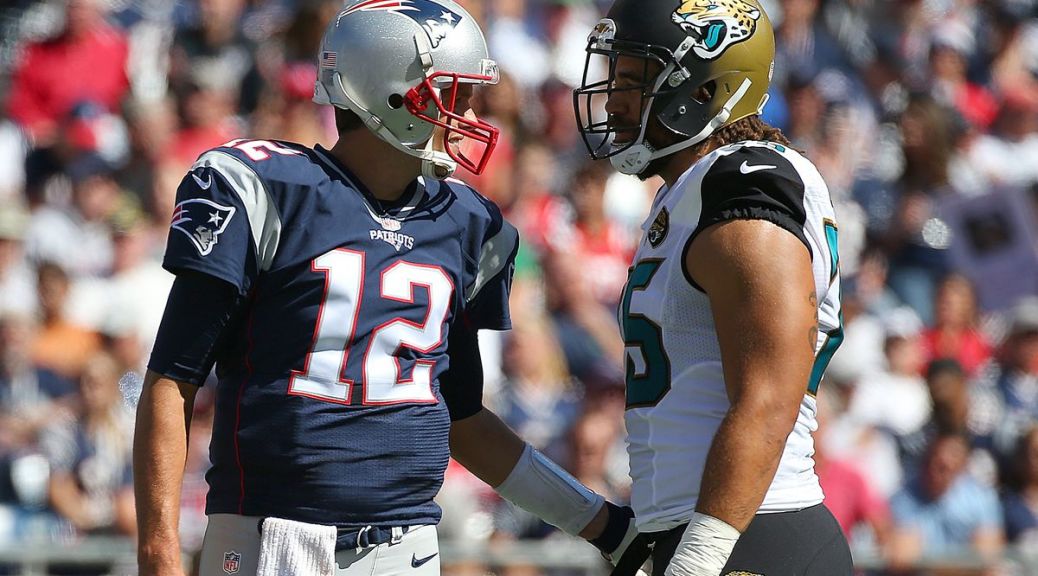 The New England Patriots have reached the AFC championship game for the 7th consecutive year and are playing the Jaguars on Sunday. This may come as a surprise to many this year who expected a rematch between the Steelers and Patriots, who battled it out for league title last season. But in the divisional round, the Jaguars shocked the Steelers and beat them 45-43. The Patriots took care of business against the Titans, beating them 35-14.

The matchup will showcase a young Jaguars team with a stout defense consisting of a great pass rush led by Calais Campbell and a strong secondary with rookie Jalen Ramsey leading the way with 4 interceptions on the year.  Jacksonville’s ground-and-pound offense is led by rookie running back Leonard Fournette and quarterback Blake Bortles. Bortles has been very inconsistent in his career but is 2-0 in the playoffs and competing for a trip to the Super Bowl.

Everyone knows what the Patriots bring to the game on Sunday, an explosive offense that scores a lot and a defense that can stop teams in the red zone. The Patriots will face their toughest opponent all year, according to the players. Brady and the offense will look to do what Pittsburgh did and score a lot of points, but the Jaguars’ pass rush could affect Brady and the offense. The Patriots defense will have to put up with a great run attack and try and force Bortles to make a mistake. When Bortles throws an interception, the Jags have a losing record, so it will be key for the Patriots to try and get the ball on defense.

This should be a great matchup on Sunday, but the game is in Foxboro and the Patriots are virtually unbeatable there in January. Jacksonville will have to play the perfect game and its defense will have to shut down Gronkowski and sack Brady multiple times. But when the game is over, I believe the Patriots will be on their way to there 8th Super Bowl in the Brady-Belichick era and will be playing in Minnesota for their 6th ring together as a duo.