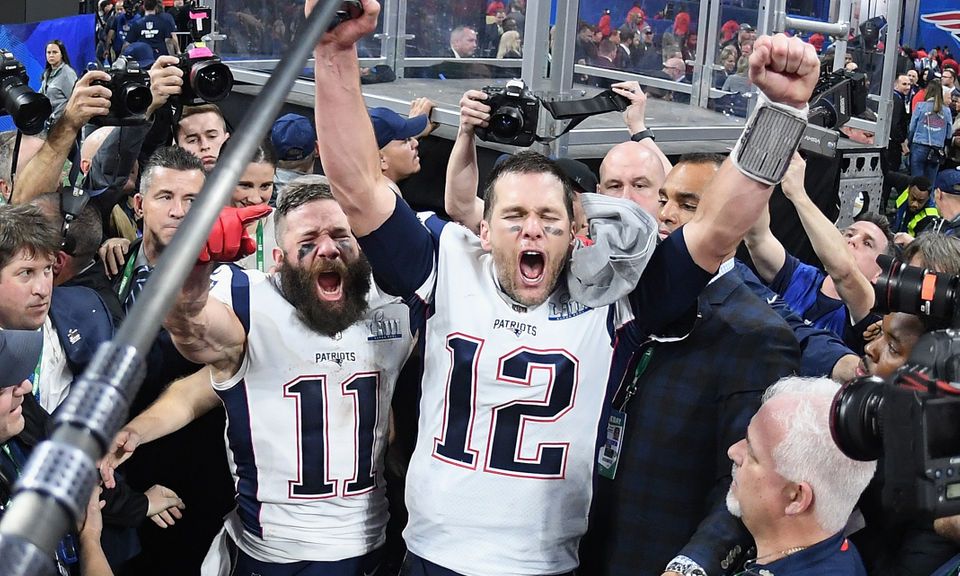 Going into Super Bowl LIII, many people expected the matchup between the New England Patriots and the Los Angeles Rams to be a  high-scoring shootout. But the Pats’ 13-3 win over the Rams on Sunday ended up being a defensive battle instead.

With the score only 3-0 at the half, many were starting to question what was going on with both offenses. On the Patriots’ first drive, they moved the ball well until an ill-advised throw by Tom Brady led to an interception by Cory Littleton. But the Rams went nowhere with the ball and had to punt it away. On the second drive, the Patriots moved the ball well again and got within field goal range only to have Stephen Gostkowski miss a 46-yard kick to keep the game scoreless going into the second quarter. Gostkowski eventually returned to get the Patriots on the board with a successful 42-yard field goal kick before the half ran out. The Rams punted on their first eight possessions of the game, while the Patriots were able to move the ball with Julian Edelman, who caught every pass that came his way. He could not be covered the entire game and finished with ten catches for 141 yards and the Super Bowl MVP.

In the second half, the Rams finally moved the ball into field goal range and Greg Zuerlein nailed a 53-yarder to tie the game at 3. The rest of the third quarter was back and forth, without a lot going on. But in the fourth quarter, the offenses started to move the ball and make plays. The Patriots brought pressure in the fourth quarter to make Rams QB Jared Goff think faster, and when he did, he struggled. The Pats sacked Goff four times and he was either pressed or hit on most of his throws.

When the Patriots got the ball with about 9 minutes left in the fourth quarter, they needed a vintage Brady drive to score a touchdown to take the lead. The drive started on their own 31-yard line, and Brady hit Gronk on an 18-yard touch pass to get the drive going. After that, Brady went to Edelman on a 13-yard catch over the middle for another first down. You could see that Brady and the Pats started to figure out this Rams defense and Brady found his rhythm. A few plays later, on Tom’s best throw of the night, he hit Gronk down the seam for 29 yards on a perfect pass that landed the Pats on the two-yard line. On the next play, Sony Michel punched it into the end zone for the first touchdown of the game, making it 10-3. The Rams got the ball and moved it all the way to the Patriots’ 24 yard line. On 2nd and 6, the Pats brought a blitz and when Goff tried to throw it up to Brandin Cooks, he was intercepted by Stephen Gilmore. It was the play the Patriots needed to close out the game.

After the pick, the Patriots got two huge runs by Rex Burkhead and Michel. Both went for 26 yards leading to a Gostkowski 41-yard field goal to make the score 13-3. After a last attempt by the Rams, the Patriots got the ball back, and Brady took the snap, kneeled down and won himself his 6th Super Bowl. It is the most titles by any one player in NFL history, and tied the Pittsburgh Steelers with most wins by a franchise. This team was doubted all year long. I never shied away because as long as they have Brady and Belichick, they are always going to be in it.