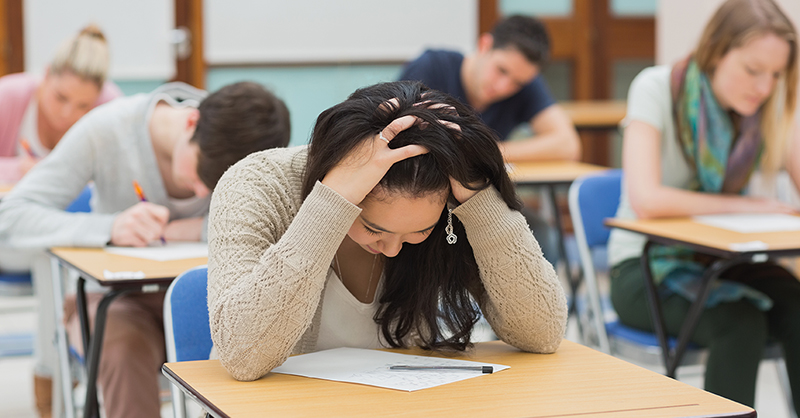 As HHS students entered the final stretch of the school year, one of the main topics of conversation was the issue of finals. With so many students and teachers being in and out of school due to quarantine or switching between remote and in-person learning, would the usual end-of-year exams take place? In the past, students would take two exams each morning and get dismissed after, so the last week of school would be half days. Many students liked this plan, especially since they wouldn’t have to come in for some days. Others were stressed by having to take a series of big tests to finish the year.

Recently, the administration decided to eliminate traditional final exams this year. Instead, students will follow a full-day class schedule through June 17th and have a half-day on June 18th. That being said, teachers still have the option to give their students some sort of final exam in class if they choose to do so.

This challenging year was experienced differently by everyone in HHS, and no matter how you were impacted, it was something none of us have seen before. Many students applauded the decision to cancel finals.

“I am glad we are not having finals because I have never liked finals,” said junior Morgan Taylor. “I am so happy to finish this year on a happy and more relaxed note than usual.”

“We all deserve a break after this year,” agreed Ian Sullivan, a senior.

Sophomore Maeve Sullivan is taking an AP class with a late exam this year, so she’s glad she doesn’t have to worry about exams for her other classes. “I feel like I would be too stressed if I had to study for the AP test and take finals too.”

Freshman Ashley Stracco spent the first half of the year fully remote and had a big adjustment  when she returned to in-person classes. She also was grateful that finals were cancelled.

“When I came back it was like I had transferred schools for some of my classes,” she said. “If we had finals, I was going to have to learn the entire school year for all of my classes in a month. That would have been awful.”

McKenzie Bottomley, a junior, had been looking forward to a week of half days to end the school year. Since she had taken several AP classes, she wasn’t going to have many finals.

“I am happy that we don’t have finals this year. But, I am kind of bummed that we don’t get the finals schedule and have classes until the official last day,” she said.

Personally, I agree with the decision to cancel finals since students had such unpredictable and uneven learning experiences this year. I am happy that we can all get a more relaxing end to this year than we experienced at the beginning. I think that even though we won’t be studying for finals this year, there is no doubt that we have all learned so much about ourselves, our classmates, our teachers, our school, and our community this year.