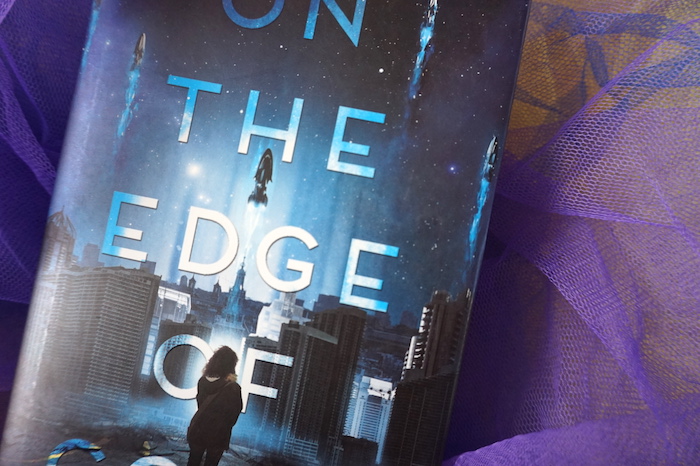 The end of the world is upon us, and you’ll only survive if you’re useful. But who gets to decide if what you can offer is important enough?

That’s the question facing 16-year-old Denise in the young adult novel On the Edge of Gone by Corinne Duyvis. A comet is on track to hit Earth, causing devestation not seen since the dinosaurs were wiped off the planet. If you’re wealthy and connected, you’ve bought a spot on a “generation ship” set to colonize another planet. If you’re not – like Denise – you’ve been assigned to a temporary shelter and after a few days, you’ll be on your own.

As the impact nears, Denise and her mom stumble upon a different kind of ship, one that will take people with practical skills that will help the community survive. There are doctors, engineers, computer scientists, teachers. Denise is desperate to prove they deserve a spot. But she’s a teen with autism whose inability to read social cues or handle change often causes her problems. And her mom is struggling with drug addiction. Can they convince the ship’s community that they’re worth saving?

This science fiction thriller has some exciting action sequences, and could easily be turned into a gripping television series or movie. In fact, when it ended, I wanted a sequel so I could find out what happens next to all of the characters. The book also raises thought-provoking questions about identity and purpose. The author is autistic, so her depictions of the sensory issues and meltdowns that Denise endures are honest, accurate and valuable for those not familiar with the challenges. There are also several LGBTQ characters, including Denise’s trans sister and a lesbian couple on the ship. So in addition to being an action-packed story, it provides representation for some groups that are often sidelined or restricted to just “issue” books.