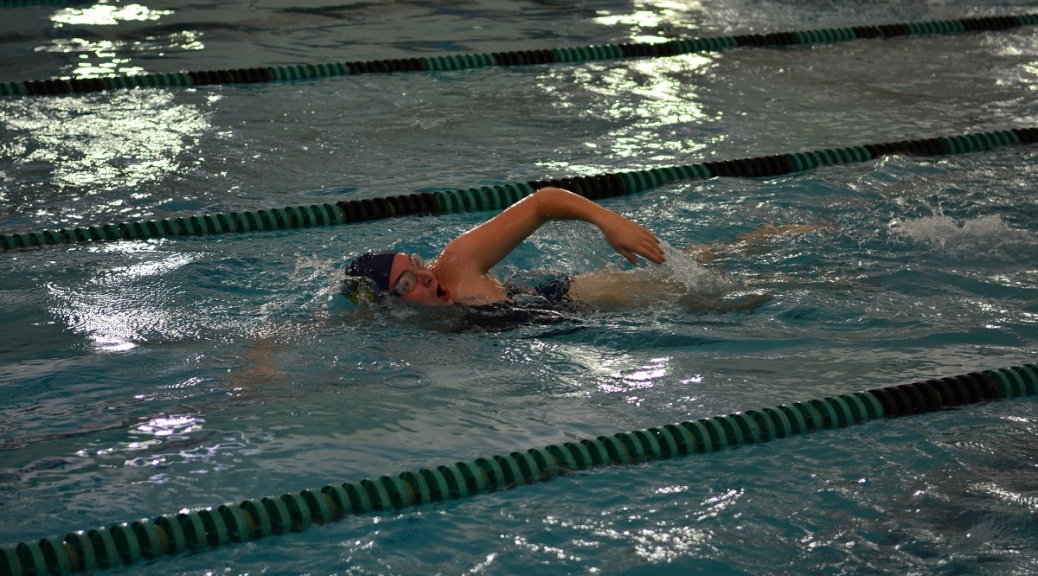 “What a great season we had this year…” Coach Barb Toohey of Hanover Swimming and Dive told the team.  The girls’ season record was 6-5, and the boys were 5-5.

At the Massachusetts Sectional swim meet, four girls competed in individual events: Alex Kelly, Michelle Murphy, Calley Madison and Jodie O’Connor. Alex and Calley then advanced to the State Championship, where they were the only two individual swimmers representing Hanover High School.  At states, Calley placed 7th in both of her events, swimming personal best times. She was named a Patriot Ledger All-Scholastic for her efforts.

The boys put up a tough fight this season, and their hard work paid off! The boys had many standout performances such as Shawn Doolin’s 50-free personal best of 26.19! Also, Eddie Geswell swam his personal best in the 100 breast stroke! Congrats boys!