Alex McFarland has always enjoyed burying his nose in a book. So perhaps it’s no surprise that Alex would be inspired to write one of his own. That book, started for a contest in middle school, has been published and is now available for purchase on Amazon.com. 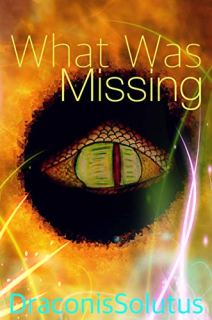 A senior at HHS, Alex is a well-rounded student, participating in many after school activities including Lit Mag and Drama Club as well as excelling in his classes. Back in middle school, Alex entered a writing contest with his friends. They each wrote a story and uploaded it to a website to get other people’s perspectives.  While Alex didn’t win, he decided to keep working on the story. Inspired by his favorite author, Chris D’Lacey, he wrote What Was Missing. The story follows Madeline, whose father has fallen into a coma  after a mysterious archaeological dig releases the ‘Iss.’ In a world full of technology and dragons, Madeline joins other children in a mission to rescue their parents and save the world.

On his book, you won’t see Alex’s name. Instead, the author is listed as Draconis Solutus, which means” free dragon” in Latin. Alex originally created the pen name because of a website called Watt Pad which allows writers to express their creativity and ideas. He didn’t want his real name out on the Internet. From what I know, he plans to continue using this pen name on future books, which you can purchase from him or on Amazon for $15. Alex even did the cover art himself. He took a picture of a cardboard roll, like a paper towel roll, and used editing software to create the cool effect, then drew a dragon eye in the middle.

Alex is currently in the process of editing two more books, The Game of Tag, which is a sequel to What Was Missing, and Project Anchorak: The Buried City. I have already read his first published book and loved it. The characters were really cool, and the plot was well thought out. He is planning to release the second book in a month or two.

Alex used so much creativity to build the world portrayed in the book and imagine what everything could be. He credits his success to the support of his family, especially his younger brother, William, a freshman at HHS, his girlfriend Megan, and all of his friends.