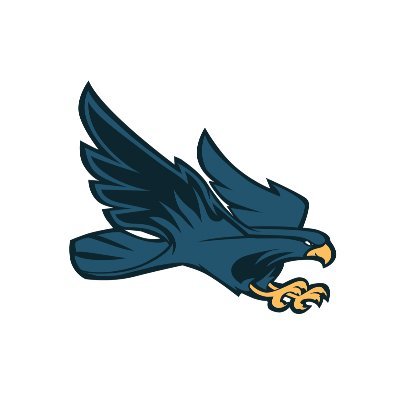 You’ve seen him in the hallways and you’ve heard him on the morning announcements talking about “Mission Monday.” From the first email he sent this summer, everyone has been dying to know more about our new principal Mr. Mattos and his plans for Hanover High School.

Matthew Mattos joins us from Taunton High School, where he served as principal for 16 years. He is enthusiastic about being a part of the HHS community, which he affectionately calls Hawk Nation.

Born on Westover Air Force Base in Chicopee, where his father was stationed, Mr. Mattos graduated from UMass Amherst and earned his master’s degree from Providence College and took Ph.D. classes from Lesley University. He initially majored in journalism, but switched to social studies when he decided he wanted to become a teacher. He was inspired by working with teenage campers during his summers of high school and college. The camp experience was full of energy and engagement, which he tried to carry into his career as an educator. “When I became a teacher, I tried to incorporate a lot of those lively, enthusiastic and energetic lessons,” he said.

While Mr. Mattos eventually became a principal so he could have a greater impact on the student population, it’s evident that this energy and enthusiasm were not left behind in his classroom. He’s committed to making the school environment a positive one and is excited to contribute to a better education for each student. “I like knowing that when people get out of their cars or off the bus, that they’re in a good mood,” he said, “because you need to be in a good mood to elicit proper learning.”

Mr. Mattos not only values the education of a student but wants them to be an active participant in it. He smiles as he remembers his own teacher, Mr. Phenix, who kept the classroom conversational and encouraged the students to stay engaged. Mr. Phenix was “just a nice dude,” he recalled. “He was very relatable, he was very rational and he involved the students.”

Mr. Mattos also cares deeply for his students as individuals. He said that his favorite part of the day is standing out in front of the building and greeting every student. “The students are so nice. They’re so friendly and polite. I love being a part of it and I look forward to being a part of it in the future,” he said.

In fact, one thing he misses about being a teacher is getting to know every student personally. “I strongly believe that every student should feel comfortable inside the building,” he said. “They should be embraced by the Hanover High community for the individuals that they are.”

Our individual personalities are what make up the Hawk Nation, Mr. Mattos said. While this new term for our school population, and the big banner in the office, have been met with some curiosity, Mr. Mattos says school spirit and involvement are vital for a successful student. He jokes about how often he says that “a connected student is a better student.” When students find enrichment outside of their academics, he explains, it enhances their involvement and their love for the school, contributing to a better overall environment. This can look like anything from being involved in clubs or sports teams to attending art shows or performing in concerts.

“If a student embraces the Hawk Nation and the Blue and Gold, and the pride that comes from being a contributing student to the building, it just elevates your mood and makes you feel like you’re involved and connected and you’re a part of something,” he said.

This sense of community is a way to derive purpose from coming to school every day which can feel tedious, repetitive, and absolutely boring at times. In an even greater sense, Mr. Mattos said, academics and involvement lead to the true purpose of high school, discovering yourself.

“High school to me,” he said “is where the child finds themselves” and begins to become “an adult and a citizen.” It’s a chance for students to say “This is the person who I now want to be.”

Mr. Mattos and his wife, Sheri, a third grade teacher, have two daughters who are teachers as well: Jillian and Samantha. They also have a granddaughter named Averie. In his free time, he enjoys golfing, vacationing and sitting around the backyard firepit with his family – even in the winter.